One thing is clear: Racism and implicit bias are pervasive. Viral social media content of racial profiling, prejudice and discriminatory treatment are bombarding us daily, and remind us, again and again, that corrosive racial tension threatens to tear us apart. The thought that these three recent incidents happened on college campuses, where collective work on inclusivity is a core value, is especially distressing.

The political climate, too, has taken its toll on our sense of respectful treatment of one another. There seems to be ever-more-free license to act in ways that are uncaring, harmful, and hateful. Courtesy and respect are taking a backseat to fear and suspicion.

College and university leaders have both a responsibility and an opportunity in the midst of this challenge. We must forthrightly acknowledge the extent of these issues and the potential for harm, raise the bar on our own community expectations, and respond actively when confronted with the unacceptable.

We have to talk about race.

The more polarized our society has become, the more difficult it is to talk about race, discrimination and climate. And yet, it is critically important we do so. We must facilitate thoughtful and sustained campus conversations, dialogue where we seek to listen and understand. Our work here is never done. We can’t let fear keep us from it. 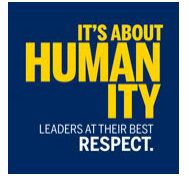 These three incidents demonstrate a shocking lack of respect for students. This is everyone’s responsibility. The University of Michigan had a long-running campaign called Expect Respect that I always admired for its simple and powerful message. Set your community expectation high for treating one another in a respectful manner at all times. It’s not acceptable to shove students off a stage because they’re celebrating, pull them out of a group campus tour because they’re quiet, or detain them because they’ve fallen asleep while studying. None of us deserve to be treated that way.

Seek out the best research on ways to reduce unconscious bias.

People of good will, including our faculty, staff and students, can make terrible mistakes due to unconscious bias and racial prejudice. There is increasing research on the most effective, evidence-based practices to help address racism and hidden bias. Identify and pilot programs and training methods that will engage and educate members of the community, with a special focus on those most likely to interact with students.

Respond transparently and swiftly, with accountability and action.

These racially charged campus stories materialized in some unexpected ways and places: a commencement stage, an admissions tour, and in what should be a student’s home-away-from-home. It speaks in part to how widespread these issues are, and also demonstrates that no campus can prevent all inappropriate conduct. University leaders have to be as responsive as possible should mistreatment occur. Leaders must accept responsibility quickly, ensure accountability regarding those involved, focus on what changes will be made and what the university will do differently because of the experience.

Colorado State University president Tony Frank embodied many of the principles described in this post in the aftermath of the admissions tour situation. He wrote a lengthy, heartfelt, frank and expectation-setting message to the community.  “The very idea that someone—anyone—might ‘look’ like they don’t belong on a CSU Admissions tour is anathema,” he wrote. He acted quickly to reach out to the two young men and their family. He set in place a review of how the university handles campus tours. And he called for the community to learn what it can do to become more supportive:

“What can all of us take away from this experience? What can we learn from it to make ourselves and our community more just? It seems to me that we can all examine our conscience about the times in our own lives when we’ve crossed the street, avoided eye contact, or walked a little faster because we were concerned about the appearance of someone we didn’t know but who was different from us. That difference often, sadly, includes race. We have to be alert to this, look for it, recognize it—and stop it. We simply have got to expect and to be better; our children and our world deserve it and demand it.”

Yes, we have to expect better and be better. We have to demand it.