Last week we saw a Black man’s life snuffed out, horrifically. And we can’t “unsee” it.

I sat at the water’s edge here in northern Michigan this morning at dawn, reflecting on all that has happened over the course of the past few days. “How can I help?”, I thought to myself. “What can I do or do better? What part can I play in meaningful, positive change?”

END_OF_DOCUMENT_TOKEN_TO_BE_REPLACED

Reflections for university leaders and their communities

The violent neo-Nazi and white supremacist marches in Charlottesville and on the University of Virginia campus last weekend unleashed a torrent of hate-filled animosity beyond anything we have witnessed in several decades. Across the country, leaders are speaking out, social media is ablaze and citizens are challenging the abhorrent racism and bigotry on such sickening display.

END_OF_DOCUMENT_TOKEN_TO_BE_REPLACED 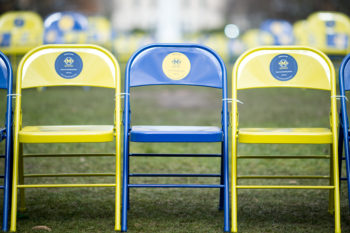 University of Michigan historian Martha Jones and her colleagues had a vision: As part of the university’s bicentennial celebration this year, Michigan would confront some of the institution’s most challenging issues and difficult moments.

Leaders across higher education have had a daunting task since the presidential election: How do you help your community navigate through deep anxiety, polarized views, acts of bigotry and, in some cases, physical threats?