As we approach the second anniversary of our founding, Peterson Rudgers Group is growing! In addition to our two founding partners, Lisa Rudgers and Julie Peterson, we’re delighted to announce that four talented and highly valued colleagues—Steve Kloehn, Colleen Newquist, Grant Schexnider and Sandra Mars—have signed on as associates of PRG. They’ll allow us to expand our reach and impact while maintaining the same high level of expert counsel our clients expect from us—plus they’re smart and creative and a complete joy to work with.

Over a three-decade career, Steve Kloehn has been a leader and executive at two of the world’s top universities and a major national newspaper. Most recently at Carnegie Mellon University,

he served as Vice President for Marketing & Communications, creating and leading a new division of 50 professionals who provide strategic communications planning, integrated marketing campaigns, media relations, social media, executive communications, web development, creative design, video, photo, visitor experience, and university events. Prior to Carnegie Mellon, Kloehn served for more than seven years as the University of Chicago’s associate vice president for news and public affairs. He was an award-winning newspaper reporter, columnist and editor for 21 years, rising from editor of a small-town weekly to deputy metropolitan editor for Sundays and Enterprise at the Chicago Tribune. He graduated magna cum laude from Princeton University.

Colleen Newquist is a leader in creative strategy, development and execution, and an expert in building and nurturing successful creative teams. Over a 25-year career at the University of

Chicago, Newquist restructured and led creative teams in the business school, university communications, and alumni relations and development, contributing to record-breaking increases in MBA and undergraduate applications and the business school’s first No. 1 U.S. News ranking, and launching the most ambitious fundraising campaign in the university’s history. As a consultant, she continues to provide creative leadership, most recently as Vice President for Marketing and Communication at Loyola University Chicago. Newquist began her career as a lifestyles editor for The Star newspaper chain in suburban Chicago, from 1987 to 1991. A feature writer and columnist, she received national first-place awards every year. A first-generation college graduate, she is an alumna of Governors State University.

Grant Schexnider is an award-winning designer and marketing communications professional with over 25 years of design, branding, and marketing experience, with a focus on higher 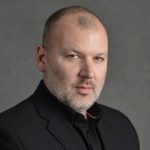 education and non-profits. He spent much of his career at the University of Chicago, where for over 17 years he helped lead, grow and invigorate the communications teams within the Graduate School of Business and University Communications, and developed the visual language and standards of the university. In 2015 he became Creative Director for Loyola University New Orleans, lead a rebranding effort and a revamp of the alumni magazine. Schexnider established his own creative agency, GSC, in 2016, with a diverse group of higher education and nonprofit clients. He holds a BFA in Graphic Design from Louisiana State University and MFA from the University of Chicago.

Sandra Mars is a graphic and web designer and has led her own design practice, Sandra Mars Design, for more than 15 years. Mars developed PRG’s visual identity, website and social media 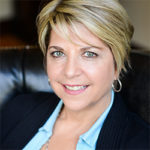 sites, and serves as the firm’s webmaster. She specializes in clean, smart, stylish design combined with technical savvy to create unique, engaging websites, logos and print media. Her creative projects have included responsive, mobile-friendly websites; CMS implementation; WordPress and blog development; logo design and corporate identity; and marketing and print collateral for a wide range of higher education, nonprofit, and business clients. She studied graphic design at the University of Wisconsin-Milwaukee. 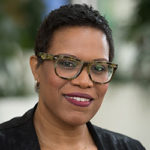 In January we had announced that Omeca Wilkins Wadley had joined our team as an executive assistant. We are profoundly grateful for her expert help to keep us on track, given the whirlwind of existing client projects and travel. Our current projects include long-range strategic planning efforts, institutional positioning projects, and leadership coaching and support for 14 active clients, ranging from large universities and small colleges to foundations and K-12 schools.

If you would like to reach any member of the PRG team, please write to us at connect@petersonrudgersgroup.com.