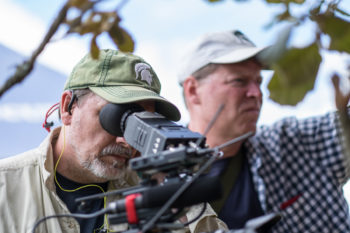 My film producer friend Josh Buoy and I talked recently about the power of video storytelling for universities: A well-told video story animates the discovery, learning and inspiration that happens every day in our institutions. Videography can help us connect with the subject matter in a more human and more personal way. Film shows us, not tells us about, a university’s transformational power and impact. Here are a few examples:

Josh shared a recent “mini-documentary” his company Snowday produced for the University of Michigan. In just two minutes, the film tells the compelling story of a U-M eye doctor who has created a pop-up eye clinic in Jamaica, a country where up to 80 percent of the population never receives an eye exam. The story has a terrific narrative arc and beautiful, stylized videography to help deliver a powerful message of service and societal impact.

Combined with other content elements, video helps explain and illustrate a research story in a way still photography or text alone cannot. Carnegie Mellon University recently produced a terrific multi-media presentation called FarmView describing robotics designed to improve crop efficiency. Each of the elements adds to the story: photographs, text and video snippets combine so viewers can see the agricultural robot in action and hear scientists talk about the work’s potential to solve worldwide food shortages.

Stanford University brings the undergraduate educational experience to life with this short film about students and faculty studying the natural environment in southeast Alaska. Drone footage adds to the dramatic visual presentation of the story as we hear participants describe their work together.

Video storytelling can animate the cultural life of the university, too. As vice president for global communications and strategic initiatives at U-M for 12 years, one of projects I was most proud to support was a short film documenting the composition and Glee Club performance of a powerful new piece of music called “Seven Last Words of the Unarmed.” The film “Love, Life and Loss,” and its 3:37-minute trailer, helps us describe art as a way to confront and explore societal challenges.

Sometimes video is the perfect vehicle to make complicated science more accessible and approachable. Michigan State University employs a substantial amount of in-house video production as part of its communications portfolio, and in this brief piece taps into the popularity of Star Wars to tell a story of chemistry and materials science. 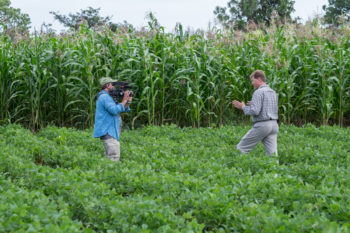 Michigan State multi-media producers Kevin Epling and Jim Peck have a tremendous amount of experience in video production, often traveling internationally to capture stories of MSU’s worldwide impact. They offered me a few thoughts on how to best produce effective video for higher education:

Tell one compelling story and tell it simply: They noted that one of the pitfalls university communicators can fall into is the urge to “cram too much” into one video, losing the focus and narrative necessary to deliver key messages. “Make sure you are telling one good story in a way that will make people want to watch it to the end,” Jim said.

Remember the goal of video is to make people think and feel, so produce with that in mind: Lead with visuals, write scripts that create a narrative arc and complement the images, and leave the press release-style writing behind. Don’t tell us what we are seeing, but tell us and show us why it matters.

Video does not need to be highly produced and expensive to be effective:  Though it is important to underscore quality in video production, expensive high-end production values are not always necessary to use video well. In this example, producer Jim Peck uses his iPhone to record an interview with a Michigan State professor who is working to capture infant fingerprints in India. The piece delivers a sense of being in the field, later edited with b-roll to make an informal yet compelling story.

Brevity and clarity matter: Bottom line: Tell the story briefly and tell it clearly, and you will tell it well.

1 thought on “The Power of Video Storytelling for Higher Ed”