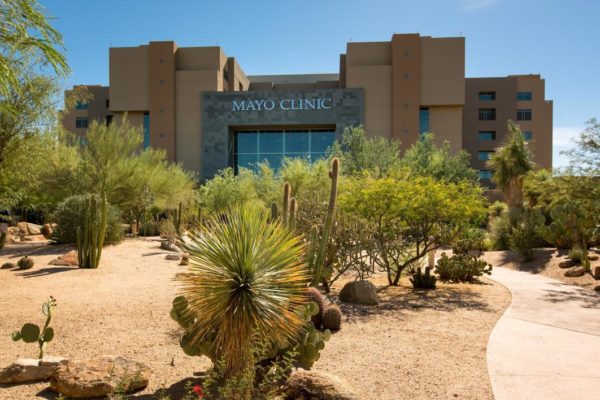 Something fascinating happened over a 7-week period this fall: several universities announced enormous gifts, innovative partnerships, or both, aimed at hugely ambitious and strategic goals in health and science. Each of these announcements represented a clear strategic vision on the part of the school, as well as highly effective communications work that helped to leverage media coverage and storytelling content for positive momentum and visibility.

Johns Hopkins University was first out of the gate. On Sept. 15, JHU announced a $300 million gift from businessman and alumnus Michael Bloomberg for “an initiative aimed at helping to reshape the national public health agenda.” The announcement was timed with the 100th anniversary of the Johns Hopkins Bloomberg School of Public Health and served to reinforce the impact that school has had throughout its history. It was covered in major media around the globe.

“By spreading smart public health strategies that save lives and bringing people together to try new approaches,” Bloomberg said, “we can make the same strides in the 21st century against health threats like air pollution, gun violence, and obesity that we did in the 20th century against polio and other infectious diseases.” Now there’s a big, hairy, audacious goal!

On Oct. 18 came this announcement: “Nike Co-Founder Gives University of Oregon $500 Million.” The university is using the gift to launch the Phil and Penny Knight Campus for Accelerating Scientific Impact, “designed to fast-track scientific discoveries and the process of turning those discoveries into innovations that improve the quality of life for people in Oregon, the nation and beyond. The Knight Campus will reshape the higher education landscape in Oregon by training the next generations of scientists, forging tighter ties with industry and entrepreneurs and creating new educational opportunities for graduate and undergraduate students.”

The gift announcement was accompanied by an extraordinary website titled “The Future Starts Now,” full of stories, testimonials, infographics, and more. And the announcement was followed by an editorial in The Oregonian and an op-ed by University of Oregon President Michael Schill, as my partner Lisa Rudgers wrote about recently.

And here’s Arizona State University on Oct. 21, 2016, announcing an alliance with the Mayo Clinic. Although this wasn’t a mega-gift, the language used to describe the strategy was equally soaring: “ASU and the Mayo Clinic announced a partnership Friday aimed at transforming medical education and health care in the U.S., helping doctors reduce costs, simplify the system and save more lives. The pairing between the nation’s most innovative university and the world leader in patient care and research brings together all aspects of the field — including clinical, legal and administrative work — under one curriculum. The Mayo Clinic and Arizona State University Alliance for Health Care will create doctors ‘more broadly scoped and more empowered to change health care outcomes at the individual scale, change health care at the national scale and help us to be able to afford this fantastic medical care that we all would like,’ ASU President Michael Crow said.”

Four days later, the Gates Foundation announced a record gift of $210 million to the University of Washington. The Seattle Times wrote that “a bold initiative by the University of Washington to improve the health of all the world’s people is getting a big boost from the Bill & Melinda Gates Foundation… The new building will house many of the players in the UW’s Population Health Initiative, announced in May by UW President Ana Mari Cauce and envisioned as a major focus of the UW’s faculty, researchers and students for the next 25 years. Virtually every college and department at the university is expected to play some kind of role.”

There are several things I love about these announcements. Obviously the mega-size of the gifts has drawn attention, but that alone would not be enough to have the kind of impact these schools envision. Each university is laying out grand goals that will transform the profile of their institution, and they are making the donor a partner in achieving this ambition. They are borrowing from the brand cachet of their philanthropic partners to advance their mission and shine a bright spotlight on their work. This is especially evident in the case of ASU-Mayo, which does not involve a gift per se but rather a strategic partnership that benefits both parties while elevating their presence in new markets.

Is this type of strategic partnership available only to huge institutions with deep-pocket donors? Not at all. Take a look at Furman University, a small liberal arts university in Greenville, S.C., that focuses on undergraduate education and an engaged student experience. On Nov. 3 the Greenville News ran this story: “Furman launches major institute geared toward health.” The new, student-focused institute makes Furman the only liberal arts university affiliated with an academic health center and “will involve students in partnership with Greenville Health System and community health organizations to improve the health of the greater Greenville community.”