The clash between news reporters, protesters and faculty at the University of Missouri has sparked a dialogue about First Amendment rights, media coverage of protest and why protesters might not want the news media in their midst.

Not surprisingly, the news media are reporting the incident as a violation of freedom of the press, and they may be right. But there are boundaries when it comes to media access on campus, and it’s worth discussing them. 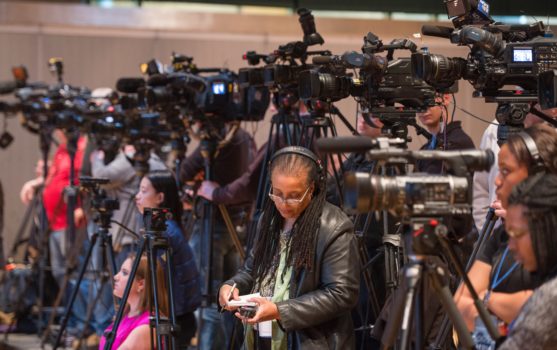 Years ago when I was an administrator at the University of Michigan, we dealt with several incidents in which the media overstepped reasonable boundaries. An outgrowth of that experience was that we engaged a thoughtful process to develop and communicate clear and consistent guidelines for media access. My essay on this topic appeared in Inside Higher Ed.

For public institutions funded by taxpayers, the presumption should be for access. But, even there, limits can be set. Conversely, private institutions have more latitude to restrict media access, but it is not always in their best interest to exercise that right. Many private colleges have a “public square” space where events and protests more frequently occur, and they often grant journalists broader access to those spaces than to private campus buildings.

Michigan’s guidelines have been updated periodically over the years, but the core ideas have remained consistent. If your campus has not created such guidelines, I encourage you to do so and to consult widely, using this as an opportunity to have a thoughtful conversation about your college or university’s particular culture, values and reasonable boundaries. It is more helpful to have the discussion before you are in the midst of an incident where emotions are running high and people may act without thinking.

In addition, I recommend that campuses provide guidance to student groups and their advisers about interacting with the media. You can use development of media access policies as a hook for a discussion with students. You can also watch for student groups that emerge in the news and get to them early in the cycle with expert counsel and an offer of support.

All of this proactive work will help you get through the moments when your campus is suddenly thrust into the spotlight. By the time the satellite trucks show up, it may be too late.