Many expert communicators I know are fans of the “drumbeat” approach to communication: a steady stream of large and small actions and stories, over time, that help reinforce a consistent idea or theme. The reason drumbeats work so well is because we are all incredibly busy and great at filtering out information. That means the odds that any one message will break through are pretty low. Build up enough pieces of communication in different avenues over time, and the chances improve for getting your target audience to say, “Aha! Something is going on there.” 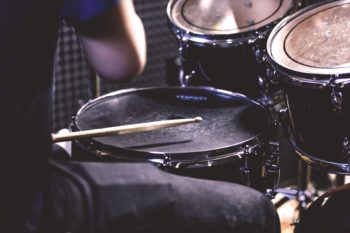 Drumbeats are a close cousin of message discipline. Anyone who has worked on a political campaign will be familiar with this idea. Let’s say “veterans” are the message of the month. If a reporter calls about another insurer pulling out of the Obamacare marketplace, your candidate is going to say, “You know who’s really been hurt by this? Veterans.”

You may roll your eyes about this kind of message discipline, but in fact it works. In a university or nonprofit environment, you can marry these two approaches effectively by choosing a high-priority strategy or theme, and doing a few key things:

Here are two recent examples of this in practice: Brown University on inclusion and Johns Hopkins on civic engagement in Baltimore. Each has had some challenging history in the area where they created the drumbeat. Whatever the impetus, their sequence of announcements and stories was noticeable and effective.

Brown began on September 5 with an op-ed in the Washington Post by President Christina Paxson: A Safe Space for Freedom of Expression. This was a smart and opportunistic leap into the national debate about the University of Chicago dean’s letter on free speech. And then came the drumbeat of policy decisions, actions and stories about diversity and inclusion, broadly defined. None of these is a huge step in isolation, but they add up.

Sept. 9, Washington Post: Free tampons for all at Brown University this school year — even in the men’s room

In a similar approach, Johns Hopkins has landed a steady stream of news coverage and has self-published stories about its engagement in Baltimore and commitment to developing the Baltimore economy. I know this is being noticed, because I have heard colleagues in civic engagement at other universities talk about Johns Hopkins’ national news coverage. Some examples:

April 8, KPBS: Baltimore Sees Hospitals As Key To Breaking A Cycle Of Violence

May 10, Baltimore Sun: Program aims to get every needy student a pair of glasses

Aug. 21, New York Times: Whose Lives Should Be Saved? To Help Shape Policy, Researchers in Maryland Ask the Public