University of Michigan Professor Juan Cole told me a tongue-in-cheek story to illustrate why he is so passionate about bringing his scholarship into the public sphere through blogging and Twitter. 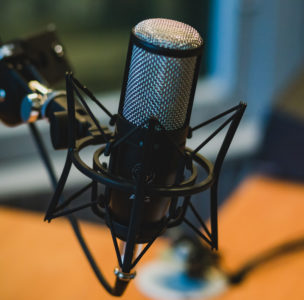 “A Fulbright committee once asked me how I planned to share the results of what I studied in India. ‘What do you mean, how,’ I asked. ‘I’ll write an article for the best journal I can so a handful of other scholars like me can read it, of course.’”

The world needs informed public dialogue like never before, and higher education has an important role ahead: Incentivize broad, public dissemination of faculty scholarship, and make it easier for faculty to share their expertise with lay audiences.

Faculty expertise can elevate today’s increasingly degraded public discourse and provide important perspective and voice on key issues facing society. Public engagement isn’t just good for the public, though. Increasingly, faculty members find new collaborators and build robust networks of colleagues in social media spaces that can prompt feedback, additional dialogue and new thinking.  In a recent paper, Professor Andrew Hoffman argues that greater public engagement can lead to different and better research questions as well as a more nuanced understanding of context with a deeper network of those who share the same interests.

For the academy itself, broad dissemination of faculty scholarship that is highly accessible to the public is absolutely critical at a time the public’s confidence in higher education has ebbed significantly. Professor Hoffman quotes Arizona State University President Michael Crow’s frank assessment in a 2015 panel discussion, excerpted here:

“We are increasingly filled with hubris, filled with arrogance, cut off from the general public and unable to find an appropriate tone with which to communicate … We need to communicate in ways that we’ve never even thought about communicating before because if we don’t figure out how to deal with this … the gap between the academic elite and everyone else will continue to grow…This is a very serious thing that we need to focus on.”

Professor Hoffman has called it “a crisis of relevance.”

All well and good, some faculty friends have commented, but the tenure-track system is not particularly supportive of public engagement. Indeed, public engagement is not incentivized strongly and in certain cases, downright frowned upon. A 2015 University of Michigan survey of faculty showed that though two-thirds of those asked believe external engagement is complementary to their scholarship, 56% feel it is not valued by tenure committees and more than 40% say it is time-consuming and distracting. In addition, I have heard valid faculty concern about the media’s “dumbing down” of complex ideas, online harassment and the exposure that follows an ill-considered tweet or post.

Mitigating the pitfalls of public engagement is job one for higher education if we are to enhance public dialogue and rebuild confidence in the academy.  Here are three steps to encourage scholarship in the public sphere:

Start at the top: University and academic leaders can both model robust public engagement as well as set expectations and incentives appropriately within their academic cultures. Culture change takes time, but the landscape has shifted dramatically and the time is now for institutional commitment to change.

Shed our press release mentality: Too often, still, we expect a press release as the public expression of a faculty member’s published scholarship. Today’s complex information environment is chock full of opportunities to share knowledge in highly accessible and vibrant ways.  The breadth of platforms is breathtaking, with a never-ending appetite for content: graphics and infographics, new blogging platforms such as Medium.com, Linked In’s expert-driven features, fresh uses of Twitter, Facebook and Instagram for scholarly content, video storytelling and much more.

Exciting platforms such as Ozy, Nautilus and Aeon offer terrific opportunity for expertise and voice. Another interesting example of fresh ways to express scholarship to the lay public comes in the form of The Conversation U.S., a relatively new publishing platform that pairs academics with professional editors. The result: substantive, fact-based articles on important issues of the day.  Each month, The Conversation US reaches millions of readers via their own site and republishing in a wide variety of media.

Invest in coaching resources for faculty: Many faculty members who want to engage in public dialogue can be wary of interactions in social media and traditional media, and for good reason. All those platforms, and all the content variations, can feel overwhelming. Some academic content can attract internet trolls, and online harassment is sometimes a concern.

Resources such as tips on matching content with the appropriate channel, key message development, media and presentation training, workshops on writing op-eds and other commentary, social media “boot camps” and safety guidelines, creation of data visualization graphics and the like are important support mechanisms to lower the barriers and best prepare scholars to communicate effectively with lay audiences.